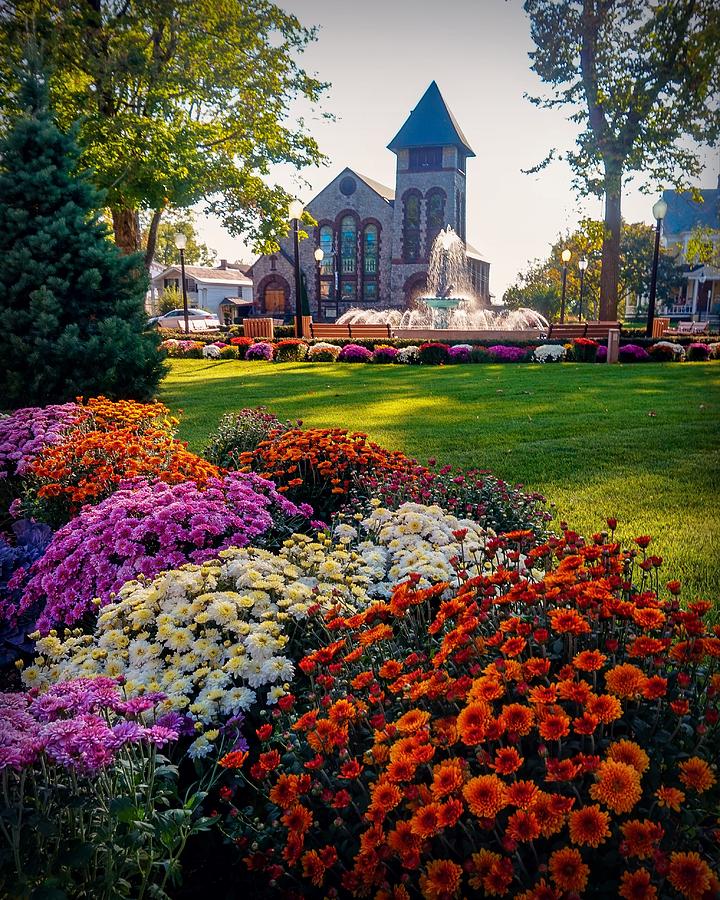 Autumn beauty in the park

Autumn beauty in the park

The center of the village of Hudson Falls, NY has a beautiful park, called J. Walter Juckett Memorial Park, named in honor of a local industrialist who passed away in the late 20th century. The location of the park was set out in the early 19th century, and was surveyed in the 1830's as the town common or green, where inhabitants could graze their livestock.

Following a devastating fire in the 1870's all of the buildings on the east side of the green was constructed within a couple of years of each other. Because of public spirited property owners these buildings retain their late Victorian charm and are the jewel in the Hudson Falls Historic District, designated by the U.S. Department of the Interior and the New York State Office of Parks, Recreation and Historic Preservation.